I Don’t Believe in Unicorns 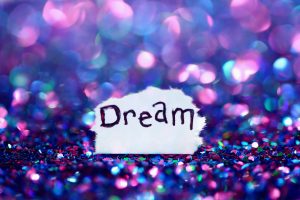 As a child I was always mesmerized by the mysticism and wonder that surrounded these magical creatures. Watching cartoons like Unico and the last Unicorn transported me into the existence of magic and the endless possibilities that came with it. This, in many ways, was mirrored by how I felt when I first imagined leaving my home Country of Jamaica to move to America.  I started to picture a vast world of new experiences and multiple opportunities that I was certain would not be available to me if I stayed back home. Unfortunately, one of those many experiences that would have long lasting effects and forever change my outlook on America was the experience of racism.

Navigating my way through life in America has presented its challenges. Some were everyday challenges that many of us experience, like deciding on a career, navigating your way through both professional and personal relationships or just striving towards finding peace of mind. But we know that racism comes in many forms and is expressed in varying degrees. I have been called the N-word to my face. I have heard co -workers request that I only play rap music by the Beastie Boys because, to them, the music of Black rap artists did not represent “real music.” All this to say, being Black in America creates an entirely different set of challenges; challenges that have been experienced by  multiple generations.

America has created an entire systematic structure of oppressing Black bodies, all the while making it seem absurd for anyone to even bring up the topic of racial discrimination. This structure is held up by people of both power and influence who hide behind a veil of patriotism and freedom. These are the same freedoms that Black people have fought and died for, but we have never been privy to the full benefits. These benefits provide one set of people with generational wealth and vacation homes on the lake, while others struggle with generational debt and a negative net worth. One finds it hard to pull oneself up by their bootstraps while not being allowed to have boots.

Black people in America have made great strides and have accomplished many things despite the many obstacles laid in their path. One must also remember that this path has been forged by blood and sacrifice. These accomplishments were not given freely; change was evoked through the sheer will of the oppressed. As I look to the future, I hope for change and growth in America and its people. I wish for a nation that will be better than its past and uplift the victims of its gross beginnings. But how does a nation heal when it chooses to ignore all the symptoms of its sickness? How do we create an equitable future for all our citizens if we deny youth the knowledge of the origins of our social disparities? Are we doomed to continue the cycle? At what age will I have to have “the talk” with my son that may or may not save his life from a structurally racist police force? Why does such a thing need to be contemplated?

People say that we are on the brink of making great changes to our systems in America and that meaningful change is around the corner. Here at DYCS we hope that our collective work and determination will help to guide organizations towards enhancing growth and change. As we reflect on the anniversary of George Floyd’s murder and the movement it sparked in this country and throughout the world, one would think that I would have more faith that change will come. I want to believe that things will magically transform for the better but as I stated earlier, I no longer believe in unicorns.

How Can We Help?

Services in Response to 2020

Sleep-deprived leaders know all too well what has been dumped on their plates in 2020. Due to COVID-19, a list of organizational challenges popped up overnight and continues to grow. Some have made the difficult decision to lay off staff and/or restructure their organizations in response to redirected resources and decimated budgets. These changes by themselves bring a host of challenges such as increased workload for those workers who remain, plummeting staff morale, and employee disengagement. Once–confident leaders now feel unprepared to lead an anxious team down a dimly lit path.

In addition, many leaders who have long cared about diversity, equity and inclusion are now questioning just how well they have incorporated these ideals into their work, how their staff and customers perceive their commitment, and what actions are necessary to truly live and breathe these values.

While all these trials are coming all at once, the individual challenges themselves are nothing new to us. Since 1996, DeYoung Consulting Services has helped organizations take a fresh look at their programs, structure, culture, team dynamics, strategic plans, talent management, leadership, and community engagement—all with an equity lens. One area in which we shine is facilitating processes to addresses complex needs that cut across organizational levels. We are also skilled at navigating multiple perspectives.

Our firm is strongly driven by our values and we are passionate about using our skills to empower organizations that serve the needs of underrepresented communities. Contact us to see how we can collaborate with your organization to find strength and possibilities on a new path forward.