When a senior leader at a client organization started making public statements about police-involved killings and her commitment to supporting racial justice, that made some waves among employees. Many employees were encouraged by her statements. Others felt alienated and offended because they perceived her messages as anti-police.

Another client announced to the community that they would be looking for ways to address erupting racial tensions and increase inclusion. Many community members were heartened and hopeful that the talk could lead to action. But others reacted with worry about the direction of the work and threatened to disengage from the project if it resulted in actions that didn’t align with their values.

These are just a couple of examples of the political divides that our nonprofit and government clients must navigate as they support their workforce and serve their communities. Leaders face the difficult decision of whether to make public statements about current events or to act in support of or against a particular political issue.

Taking a public stance regarding a particular issue is wading into waters that may have consequences for a leader and the organization. However, a desire to stay neutral and remain quiet can be equally risky because silence and inaction speak just as loudly. With so many issues seeming to split Americans into political camps, leaders’ actions will galvanize support from some and alienate others. Appealing to everyone’s set of values may not be possible, and a leader’s attempt to make everyone happy will appear disingenuous.

Employees are increasingly likely to seek employers whose values align with their own. “Nearly half of Gen Z and millennial workers in senior positions say they’ve rejected jobs because the role didn’t match their personal values” (Fortune).

“80% of U.S. workers say companies should be taking action to address society’s problems—that’s up 6 percentage points from the same survey last year—and more employees than ever would rather look elsewhere than work at a firm they’re not proud of” (Fast Company)

Leaders have responded to this trend with “CEO activism,” making statements that reveal where they stand on various social and environmental issues including abortion, same-sex marriage, climate change, immigration, and police reform.

Not every issue is clearly tied to an organization’s mission or bottom line, and leaders may be wise to identify which issues matter most, considering the impact on how they carry out their missions.

Beyond the decision of whether to make public political statements, perhaps the bigger challenge is bridging the political divides that exist in their workforce. Listening to understand another perspective requires dedication and patience, but as “CEO activists” lend their voices in support of important causes they believe in, perhaps they are also responsible for modeling coexistence and mutual understanding.

The image below offers some tools for leaders to consider who are interested in taking steps toward bridging the political divide.

A few resources to map out how to bridge divides include: 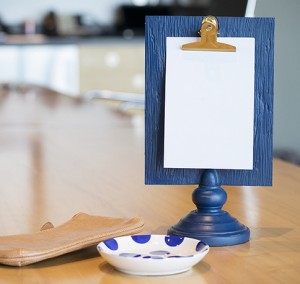